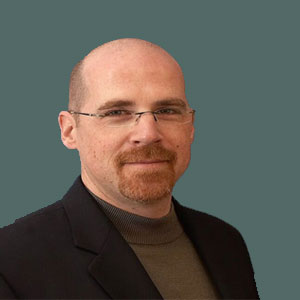 I believe it’s safe to assume that most business people know at least a little about trade shows, having either been to one as an attendee inter­ested in the products and services of exhibitors or as an exhibitor interested in meeting poten­tial buyers. A large trade show is in actuality a very unique and exciting challenge. They are temporary ecosystems that exist for only a few short days yet play host to product releases, in­novations, and demonstrations from hundreds of thousands of companies every year that ultimately drive every industry forward into the future. In the brief timeframe of a trade show event tens of thousands of potential buyers and business opportunists converge into a relatively small and con­trolled space to race up and down isles and hallways in search of the materials to drive their representative companies forward.

Achieving this enriched network­ing environment is what event or­ganizers have been most interested in for as long as events have been created. Aside from providing useful continued education, a significant component of all trade shows is the opportunity for business connections to be created and mined. No doubt at­tendees and exhibitors have done a commendable job without the use of technology, but the Holy Grail for a savvy show organizer has been the promise of being able to understand the behaviors of their attendees well enough to enhance the environ­ment to order to facilitate powerful business connections. Succeeding at this is what proves the value of the event and justifies all of the associated expenses.

In the early 2000’s, it was believed that RFID would be the technological answer to this challenge. With the promise of low cost tags, show organizers hoped that tracking systems could be deployed over enough area that behavioral data would be generated that could help drive meaningful connections. Unfortunately, the promise of RFID was never fully realized by the entire industry. Issues with RFID such as the human body’s interference with the signal and deployment costs associated with readers limited the cost effectiveness of large scale deployments and therefore failed to gain the data coverage necessary to drive meaningful value to exhibitors and attendees. All of these shortcomings seem to be answered by a relatively new technology that many consumers have been using to date for other purposes.

Most consumers are aware of Bluetooth technology as a part of their smart phone capability. This useful wireless protocol enables our use of wireless phone headsets, car-phone integrations, and wireless music streaming. In 2010, the Bluetooth standard was extended to include Bluetooth Smart or Bluetooth Low Energy (BLE). What’s most interesting is given its relationship to standard Bluetooth, it’s virtually ubiquitous in all Smart Phones today–allowing them to act both as a BLE transmitter or BLE receiver.

Vendors within the trade show industry quickly saw that half of the RFID challenge was solved without costly hardware deployment. Attendee’s personal devices, running software specific to the event, could become either transmitters of an attendee’s presence or readers of pre-positioned beacons within an event location. Finally, show organizers could deploy a networked system that could accurately gather information about actual behaviors of attendees. With this information, they could offer a great deal of value to all stakeholders involved.

There are two approaches to deploying BLE technology into a trade show or meeting environment. The first is to deploy stationary transmitters, or beacons, at known locations throughout the facility or exhibit floor. Then, the attendees download and run the event’s mobile app and the app acts as a receiver. Data regarding where and how long attendees are spending time in generalized locations is generated. The granularity of the data is dependent upon the density of beacon deployment. . The challenge for this implementation is that it requires getting the attendee’s cooperation to download the event mobile app, identify themselves to the app, and elect to run the app while they are active at the show.

The second implementation would be to tag each attendee with a BLE beacon as part of their badge and deploy a network of BLE readers throughout the event facility to capture attendee data. This methodology begins with an advantage of 100 percent attendee involvement which opens the door for meaningful value-add offerings to be created. The network of readers with adequate density can be expensive to deploy and maintain if companies have to rely upon hardware devices, but some vendors such as Experient along with their partner TurnoutNow have solved this challenge by adding BLE reading capabilities within existing mobile app products. Given the existing high density of application deployment to the exhibiting base, with the addition of BLE reading capabilities, Experient and TurnoutNow are able to “light” up the entire exhibit floor without hardware distribution. This results in 100 percent of attendees being tracked throughout the entire trade show space at a very low cost.

All of this might create mild angst to the casual trade show attendee. What good can come from all this tracking? The same question has been posed many times in similar situations, such as Google’s tracking of location information through their Maps program or Amazon’s tracking of buying behavior within their ecommerce portal. In both of these cases, consumers willingly relinquish their valuable behavioral data in exchange for measurable value in return.

We live in a dynamic time where more and more business interactions are expected to be experiential in nature, providing unique and valuable experiences to those involved. We are the “show me that you know me” generation and personalization has become a standard in which all business engagements are built upon. The trade show industry is undergoing a revolution by leveraging the big data generated by proximity and location technologies to create meaningful personalized experiences within the event space. Behavioral analytics will allow the event organizers of the future to continue to develop environments and experiences that drive business activity and customer loyalty for its participants. 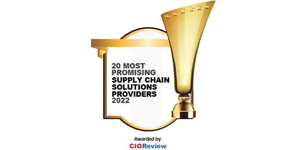 Vista IT Group: Transforming How Businesses Source and Deliver IT

Craft: Source of Truth on Companies

MindClick: Transforming the Health of Our Communities through Purchasing

Source Intelligence: Connecting and Empowering Network to Bring Transparency to the Supply Chain

OnProcess Technology: Differentiate On Operational and Service Excellence, Rather Than Price

Unlocking the Value of Connected Cars

Comprehensible Distribution of Training and Information...

The Current Focus is On Comprehensive Solutions

Big Data Analytics and Its Impact on the Supply Chain

Carmax, the Automobile Business with IT at the Core

The CIO's role in rethinking the scope of EPM for...

Transformative Impact On The IT Landscape

Get Ready for an IT Renaissance: Brought to You by Big...

Technology to Leverage and Enable

Speed is the Name of the Game

Hybrid Work Has Forever Changed The Need For It In Ramboll

How T-Mobile brought an Un-carrier approach to tech hiring

Great Expectations: Balancing the diverse needs of a city in a...

"Discovery and Delivery" - An Approach to IT Workload Balance

However, if you would like to share the information in this article, you may use the link below: